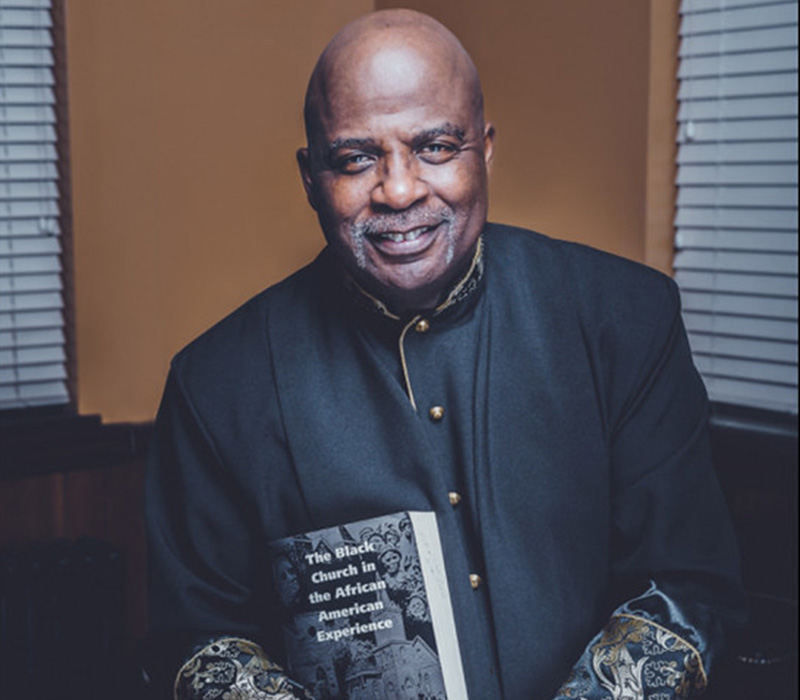 While serving in the Coast Guard he was assigned to the Tide Water area and joined Emmanuel A.M.E. Church in Portsmouth, Virginia where he served as a Steward and received his license to preach under the pastorate of Rev. Ronald E. Braxton.

Obtaining an honorable discharge December 1986 from the United States Coast Guard after 10 ½ years of service, Rev. Johnson moved to Baltimore, Maryland and joined the rank of Ministers at Bethel A.M.E. Church under the pastorates of Bishop John R. Bryant and Bishop Frank M. Reid III. He served faithfully for 5 years as the Minister to the Communications Ministry, which housed the Media, Television, Radio, and Tape Ministries.

In May of 1991, Rev. Johnson became an Associate Minister of Waters A.M.E. Church under the pastorate of the Rev. Ronald E. Braxton. At Waters, Rev. Johnson served in various ministries that met the needs of the congregation and community.

Rev. Johnson was ordained an Itinerant Elder in April of 1994 and received his first Pastoral appointment in April of 1995 to The Bazil A.M.E. Church located in Cockeysville, Maryland. This church needed major renovations. Renovations were completed within nine months of Pastor Johnson’s arrival. Through the faithfulness of the people and the guidance of the Pastor, the membership continued to grow physically and spiritually.

June 17, 2004 Rev. Johnson received his second Pastoral Appointment to The Immanuel Temple A.M.E. Church in Baltimore, Maryland. Rev. Johnson under God’s guidance took this church to higher heights where God was glorified and the people grew in the grace of the Lord along with the community in which the church was located.

Rev. Johnson has served in various areas within the A.M.E. Church as; an Associate minister, Steward, Minister of Communications, Teacher, Advisor to Altar Boys, Minister to Youth, Married Couples, Minister to Bereavement Ministry, and as a Liaison to the local Community. Presently, he serves as the Treasurer of the Baltimore Conference, Member of the Baltimore Conference Scholarship Committee and Second Episcopal District Finance Committee.

He is presently the Pastor of The Historic Trinity A.M.E. Church located in East Baltimore where Trinity is being revitalized for greater Ministry for the Lord.

He has over forty years (43) of Federal Government Service and is employed as an Engineering Specialist at the National Security Agency located in Fort Meade, Maryland.

His passion for the Church is threefold which is seen or heard though his preaching the Word of God, Equipping the Youth in the various facets of the A.M.E. Church and providing Leadership Training to those who are called to serve in the House of the Lord. Rev. Johnson loves the Lord and Doctrine upon which the A.M.E. Church is built. “The Joy of the Lord is My Strength” is what keeps him moving in this walk for the Lord. 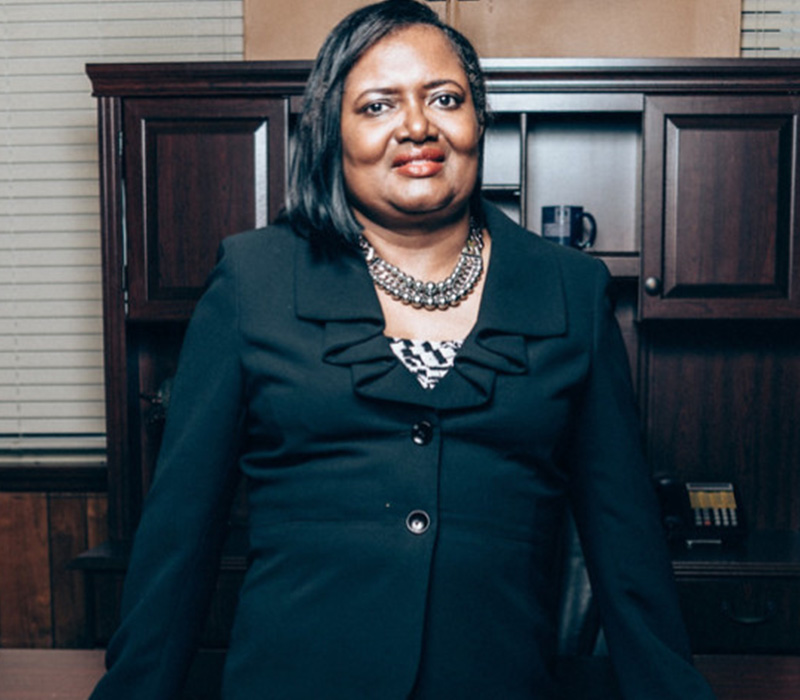 Rev. Robin Denise Johnson is a native of Charleston, South Carolina where she received her elementary and high school education. Her education includes the Medix School of Baltimore, Maryland where she majored in Medical/Dental Office Practice and Procedures. Rev. Johnson worked faithfully for over twenty-nine years in Medical Claims Billing, to include; Dental, Psychiatry, Hospital and Laboratory Billing. In August 2014, she retired as a Billing Coordinator III, Senior Medical Insurance Specialist at Quest Diagnostics, Inc. specializing in Medicare claims billing and adjudication. Rev. Johnson also continued her education at Catonsville Community College where she majored in Philosophy.

She has served in many capacities of the African Methodist Episcopal Church over the years starting at the early age of 11 as an Assistant Sunday School Teacher at her home church, Morris Brown A.M.E. Church, Charleston, South Carolina. She has served as a member of the Youth Choir and District Youth Conference Delegate. In her adult life, she has served as Sunday School Superintendent, Missionary President, Choir Director, Women & Men’s Day Chairperson, Young Women’s Day Chairperson, New Member Sunday School Instructor, Minister to Women and President of the Baltimore Conference Minister Spouses’ Organization. Rev. Johnson presently serves as Minister to Women at Trinity AME Church where her husband is the Senior Pastor.

Rev. Johnson was ordained a Local Deacon in November 2008. She is married to the Reverend Rodrecus M. Johnson, Sr. who is her life partner of over 42 years. They have three adult children, Mrs. Cykeithia (Ted), Rev. Rodrecus Jr. (Ayonna) and Miss Amanda. They are blessed with four loving grandsons, Rodrecus III, Christopher, Jackson and Antonio; whom they love very much.

Rev. Johnson enjoys singing, reading and likes to travel. Her favorite scripture is II Timothy 1:7 “God hath not given us a spirit of fear but of power and of love and a sound mind.” 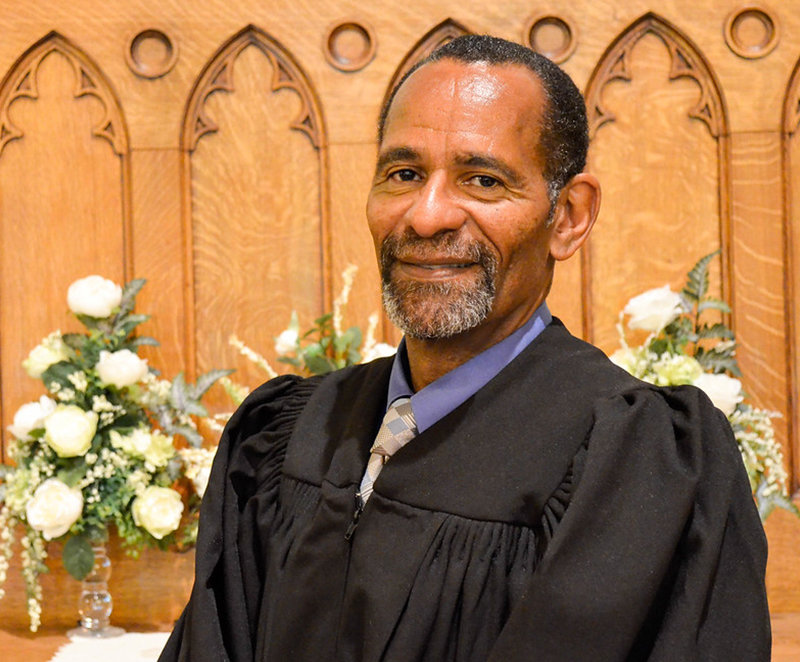 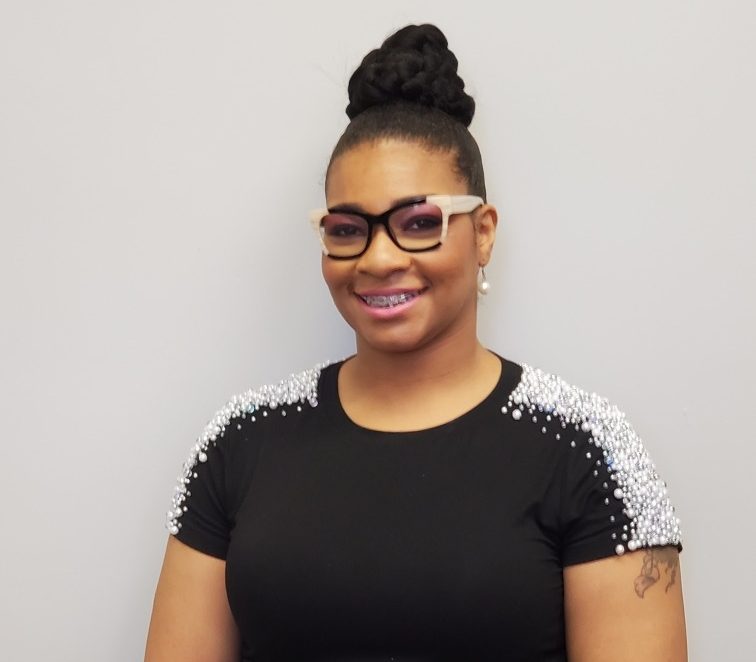 The word “African” means that the Church was organized by people of African descent and heritage.  It does not mean that the church was founded in Africa.  All are welcome. Methodism provides an orderly system of rules and regulations and places emphasis on a plain and simple gospel.  Episcopal refers to the form of government under which the church operates.  It means that the church is governed by bishops.  The Chief executives and administrative offers of the African Methodist Episcopal denomination are the Council of Bishops and the Executive General Officers, who are elected.

“God Our Father, Christ Our Redeemer, The Holy Spirit Our Comforter, Humankind Our Family” is a great summary of what the African Methodist Episcopal Church believes.

I believe in God the Father Almighty, Maker of Heaven and earth; and in Jesus Christ, His only Son our Lord, who was conceived by the Holy Spirit, Born of the Virgin Mary, suffered under Pontius Pilate, was crucified, dead and buried; the  third day He arose from the dead;  He ascended into heaven and sitteth on the right hand of God, The Father Almighty, From thence He shall come to judge the quick and the dead.  I believe in the Holy Spirit, The Church Universal, The Communion of Saints, The Forgiveness of Sins, The Resurrection of the body, and the Life Everlasting.

Trinity African Methodist Episcopal Church. At Trinity, Jesus is Lord and the Holy Spirit is our guide. We hope that you will be inspired and challenged to go deeper in your Christian commitment and come join us in worship.